My Life in Wine Episode 26

Episode 25 (Feb 4) was all about the joys and disappointments of wine travel, such as rounding a corner in a Barcelona neighborhood and finding a fill-it-yourself wine shop or watching a young couple in a restaurant outside Florence, rely more on a magazine's wine ratings than the recommendations of a local sommelier. 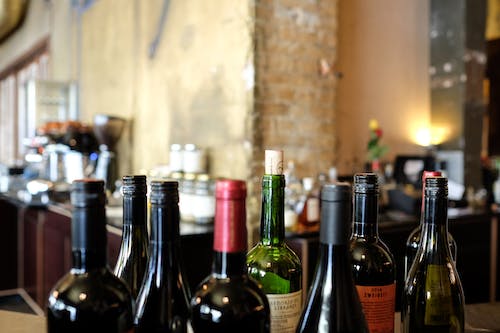 Winery visits can be instructive or boring.  But the inquisitive visitor seeking information not part of the tour spiel, should beware.  Most winery tour guides have a script and when asked a question not on that script usually sidestep the question and continue with the prepared tour.

As a writer, I always entered a winery hoping to learn something new and most times I did.  But there have been disappointments, such as the obligatory viewing of the bottling line.

Bottling lines are usually Italian-made and expensive, like a precision Italian sports car. During a visit to a winery, the tour would always veer off  as the owner or winemaker would proudly say, "We want to show you our bottling line." Always  gleaming and beautiful, like the sports car, but one bottling line (well, maybe two) would hold you for a long time.

As a rule, wine writers and people in the wine trade, have an advantage when it comes to winery tours (we can say no to viewing the bottling line).  Winemakers, gregarious or not, are hoping to get a retailer to carry their wine and a wine writer to say something nice about the wines.  So, winemakers put their grumpy face away, smile and try to answer questions in non-technical language.

Okay, grumpy may be an unfair generalization, but after talking with hundreds of winemakers around the world, my experience is they are either extroverts who enjoy explaining things to people, or loners who don't relate well to people and are unhappy at being interrupted from the business of making wine to answer questions.

Then there's this: Winemakers often look at the visitor experience as being like an artist showing his contemporary work to someone only to have them quip, "I could do that!"

I've been at tastings in winery cellars when some self important visitor, who apparently was trying to impress anyone within earshot, made such a pronouncement.  The winemaker would usually resist commenting, but from the grim look on his or her face, they wanted to shout, "Really, well step up here and give it a try."

Unless a winemaker intentionally pours a wine that is flawed to test a visitor, they already know the wine is sound and, in most cases, like what they made, so they don't want someone telling them what they already know about the wine. They are looking for honest opinions, good or bad.

Many years ago, I had an appointment to interview Barney Fetzer, a retired lumber executive and father of 11 children, who started one of Mendocino's best known wineries.  After visiting the winery in Redwood Valley, Fetzer invited me and my wife and youngest son to a tasting and dinner at his oldest son John's house in the valley.

Before we sat down to eat, Barney and John poured a few Fetzer Mendocino Zinfandels.  I expected Barney to ask me, the wine writer, for my opinion, but in stead, he turned to my son Sean, who was then 11 years old, handed him a glass with a little wine and asked, "What do you think, Sean?"

After looking at me for permission, Sean (now a Washington state winemaker) took a small sip, thought about it for a moment and then said, "It tastes like peanut butter."

Barney and John both laughed and I started to say something, but Barney said, "That's very good, Sean."  Adding, "I have my kids taste our wines all the time.  They have an unbiased opinion, not influenced by prior knowledge and experience."

Many years later, while living in Colorado and writing about wine for the Rocky Mountain News, Janet and I were invited to dinner at the home of Mel and Janie Masters; he then the sales director for Jordan Winery, she a chef.

The Masters were a talented couple, born and raised in England, who somehow settled in Denver.  We were among other guests of the Masters, including a flamboyant French friend who worked in fashion design and changed outfits between each course.

Mel had plenty of wine on the table and between courses, he poured a Chardonnay and asked for opinions from his guests.  But, before anyone could reply, Mel summoned his young son, Charlie to the table, gave him a glass with a little wine and said, "Tell us about the wine, Charlie."

Leaning his one arm on his father's knee and swirling the wine in the glass with his other, Charlie proceeded to describe the wine's bouquet and flavor.  Both father and son beamed as Janie brought the fish course to the table.

The point of this rambling stroll down memory lane is to offer a reminder that wine always seems to taste better in the place where it was made and with good food and company.

Next blog: A Different Sauvignon Blanc