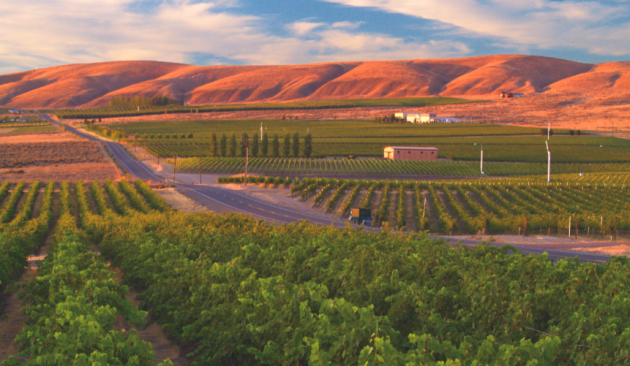 There was a time when New York state was second, behind California, in U.S. wine production.  But then Washington state vaulted up the list, to unseat New York and claim second place.

It was an impressive accomplishment by a wine industry that for years was over shadowed by apples, hops and mint and seemed more satisfied growing hybrids than vinifera grapes.

Washington's first grapes were planted in 1825 and for the next 112 years growth was slow.  By 1937, there were 42 wineries in the state. Today, that number has soared to more than 1,000 wineries and more than 80 varieties.

Aside:  In the 1930s, the native variety Concord, was the most planted grape in Washington.  It was reported that Welch's, known for its juices and jellies, made from Concord, had more Concord acreage in Washington than it did in the east.

As of 2021, the numbers show Washington contributing 5% of the total U.S. wine production, while California still claims first place with an impressive 84% of the total.  According to a recent survey, the total world production in 2021 was 800 million gallons, with California ranking fourth behind Italy, France and Spain.

Although the difference in production between California and Washington is likely  insurmountable, Washington wines continue to impress critics and consumers for their unique style and character. Especially promising is the Washington take on such classic reds as Cabernet Sauvignon and Merlot. 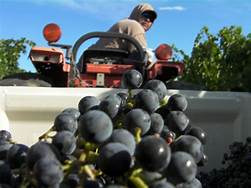 The majority of Washington wine grapes is grown in the Columbia Valley, in the eastern part of the state, where the environment is arid to semi-arid, with warm to hot days and cool nights. Natural rainfall, lower than most other wine regions, is limited by a rain shadow created by the Cascade and Olympic mountain ranges. This consistent weather phenomenon means Washington vineyards are mostly irrigated.

The most widely planted of Washington's 80 varieties are Cabernet Sauvignon, Chardonnay, Malbec, Merlot, Pinot Gris, Riesling, Sauvignon Blanc and Syrah. And there are small plantings of Sangiovese, Cabernet Franc and Pinot Noir among others.

Varieties like Sangiovese and Pinot Noir do best in select microclimate pockets, where growing conditions are more suited to cool climate varieties like Pinot Noir.

Washington's wineries are scattered throughout the state, from the Yakima Valley to the Puget Sound.  The largest concentrations are in Woodinville, northeast of Seattle, with 130 plus wineries and Walla Walla, east of the Tri Cities, with 107 wineries spread through a large area.

Moving grapes from the eastern vineyards to Woodinville wineries, requires trucking the ripe grapes across the Cascade mountains. This unique feature sets Washington apart from other regions where most of the vineyards are next to or nearby the wineries.

One of the first things you notice about Washington red wines, particularly Cabernet Sauvignon and Cabernet Franc, is the bright bracing acidity and pure, not overripe, berry flavors, with just a trace of minerals.

Stylistically, Washington reds stand alone, but are closer to Cabernet-based Bordeaux reds than California varietal wines.  The association with Bordeaux has some precedence.  At one time, Chateau Ste. Michelle, Washington's largest winery, had a compressed map at the top of the back labels of their wines, showing Washington state and Bordeaux on the same latitude.

The idea was to distance Washington wines from the warmer California style and closer to the Bordeaux style that most American wine drinkers were then used to.

Washington wines are widely available today, but of the more than 1,000 wineries in the state, most are small.  These smaller wineries do not have the same distribution as do the large wineries, so you should ask your local wine merchant to order the wines you want.

Washington red wines are good choices when you want something different, so isn't it time you tried a Washington wine?