My Life in Wine Episode 20

My association with the San Francisco Chronicle lasted 12 years, the first four as a contributing wine writer and then eight years as staff wine writer.  Those last eight years were productive, covering the wine scene, starting a wine tasting panel and recognizing excellence in wine making with the Winemaker of the Year.  In 2018, Janet and I moved to Santa Rosa and I moved into the next stage of my wine writing career. 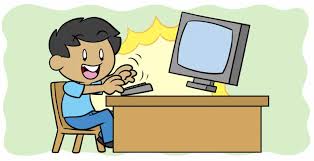 Free lance writing about wine and spirits, mainly single malt whisky which I had developed a fondness for, kept me busy during the transition after the Chronicle.

Building a free-lance business demands a high level of self discipline and sacrifice.  While it sounds noble, anyone who has decided to go it alone knows what I mean. To be successful, a free-lancer must establish a regular schedule and stick to it.  No slacking off to watch television or putter in the garden.

Things moved slowly at first because, as a free lancer, you are competing for assignments with other writers and it takes time to build associations with editors.  For me, getting back in the game was going slower than I expected, so the lure of another editorial position was tempting.

Although my re-entry as a free-lance writer was moving along, my experience as a former editor became of value and the fact that I was no longer with the Spectator held some interest in a narrow field that was constantly looking for that rare writer/editor with wine knowledge.

So it wasn't long before I got a call from the Wine Enthusiast, the main competitor of the Wine Spectator. Would I be interested to meet the owner about an open editorial position?  The offer was tempting, but it meant a return to the pressures of managing a magazine and I was just beginning to relax.

It is an on-going surprise to me how the word circulates, even in a small field like wine writing, that there has been staff changes at a magazine or newspaper.   Then I got a call from Peter Simic, owner and publisher of Wine & Spirits Buying Guide, a low-circulation wine magazine intent on raising its value and image in the U.S. market.  WSBG was not even on my radar but Simic was looking for someone to edit the magazine while helping him to develop a better understanding of the American wine market and he heard about my change of employment.

He was persuasive, so I signed on with the understanding that my stint would be 12 months and no longer.  Peter Simic and I hit it off and we are still friends, but the magazine was struggling and having financial trouble, so Simic sold out and moved back to Australia, where he owns a very successful wine magazine.

After the ownership change, I decided to return, again, to life as a free lance writer.  Assignments began to pick up from diverse publications like Advertising Age, Restaurant Hospitality, Robb Report, Decanter, Peter Simic's Winestate Australia, and others.

Then, another offer came out of the blue.  Robert Whitley, a writer in California who I knew only by name, emailed me to ask if I would like to be a contributor to a new online site he was starting called "Wine Review Online."  I had been avoiding writing for the internet, but Whitley's invitation would open a new area of writing for me, so I started writing a monthly column on any aspect of wine I wanted to write about.

An unexpected bonus of being a WRO contributor was an invitation to be a wine judge at Whitley's "Critics Challenge" wine competition.  It was an opportunity to join some of my WRO colleagues, like Mary Mulligan MW, Michael Franz, and Paul Lukacs, as well as taste a variety of wines that I might not see otherwise. Robert Whitley passed away in February 2021, followed in June by WRO contributor and Critics Challenge judge, Paul Lukacs.

Living in the beautiful Sonoma Valley was a respite from the hustle of the Bay Area.  My association with Wine Review On line continued and I began a busy time of travel to many of the world's wine regions.  Then, fully adjusted to life in wine country, my life in wine took on two new adventures.

Next blog:  The Red Side of Oregon Wine