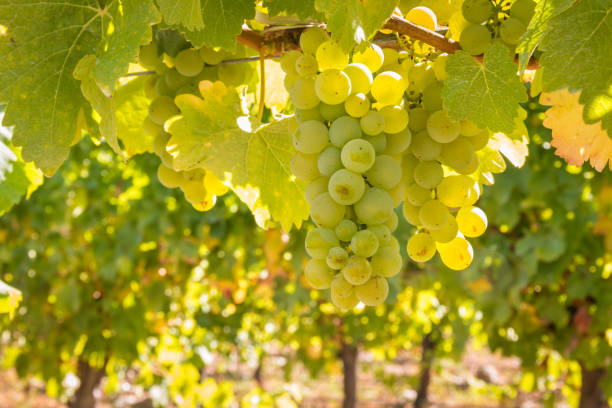 Are you under the sway of the Chardonnay mystique?   You're not alone and I wonder why.

It's not a secret that Chardonnay continues to dominate the white wine market.   Sauvignon Blanc has been making inroads, thanks in part to New Zealand, but Chardonnay, oaked and unoaked, holds on.

The question is: Why?

Wine drinkers, in general, like and want flavor, which is the primary reason they reach for Kiwi "Sauvvie," as it is known in the Southern Hemisphere.  Zesty and forward, lime juice and passion fruit are but a few of the ways to describe the wine.  Fans love it and can't wait to open a fresh bottle.

Others are not as enthusiastic about what they say is the in-your-face New Zealand style, especially when they read this description from one over-heated wine writer: "(the) taste of green peppers sliced with a silver knife."

And that brings us back to the question of why people like Chardonnay?

I once heard a winemaker say that Chardonnay is "a winery wine," meaning that a finished Chardonnay is more a product of wine making than grape growing.

That's not as obvious as it sounds.  Sample a ripe Cabernet Sauvignon or Gewurztraminer grape in the vineyard and you'll get a mouthful of flavor.  There's more there than there is with freshly picked Chardonnay.

Fermented Chardonnay that passes through the cellar with little handling tastes of green apples and in some cases a touch of minerals.  Riper Chardonnay offers flavors of ripe pears, honey and maybe roasted nuts.  Extending the apple analogy: Granny Smith and barely ripe Chardonnay; Golden Delicious and ripe Chardonnay.

Chardonnay and acidity is another factor to consider.  Cool climate Chardonnay tends to show sharper, even mineral, acidity, at least when young.  Warmer climate Chardonnay has softer more tropical fruit, like mango and melon, that is more integrated with the acidity.

And then there's the influence of oak.

Opinions vary about what oak to use (French, Yugoslavian, American), toasting levels and how long the wine should be in contact with the oak. Some say that without oak aging Chardonnay, you might just as well be drinking Chenin Blanc. 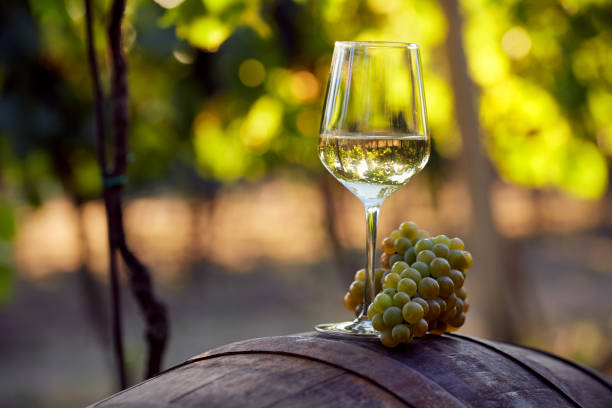 The situation got so bad with California and Australian Chardonnay, that a snarky comment sneaked into wine conversations: "Anything But Chardonnay." Needless to say, Chardonnay fans were not too happy.

But sometimes winemakers are slow to react to trends and the over oaked Chardonnay hung around until wineries, one by one, decided that there is such a thing as too much oak, especially new French oak.

Curiously, while winemakers were trying to decide what is too much oak in Chardonnay, Burgundian wineries were making Chardonnay that was fermented and aged in French oak, without anyone saying the wine was too oaky.

The use of American oak with Chardonnay never took off, with ZD Wines, the Napa producer that stubbornly stayed with American oak when the trend was going French, the possible exception.

The bottom line is that consumers like the taste of oaked Chardonnay more than straight Chardonnay.  Why?  Because the drinking public only knew Chardonnay with oak.

And, I guess that answers why Chardonnay maintains its popularity.