My Life in Wine Episode 28

In Episode 27, my life in wine participated in the arm-busting job of raising a wine barrel, attended a session with the inimitable Bernard Hine analyzing the merits of new spirit destined (or not) to be Cognac and  spent an afternoon in Australia's Hunter Valley learning that a little advance knowledge is always helpful when tasting Hunter Semillon.

The following episodes look back at two occasions in my life in wine when confidence in my wine knowledge and tasting ability were tested under high pressure. 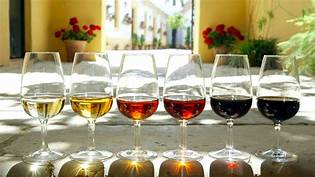 Sherry in the Morning.  In 1978, while living in Colorado and writing about wine for the Rocky Mountain News, I got a call from Nathan Chroman, then chairman of the Los Angeles County Fair Wine Competition, held at the Pomona fairgrounds.

Chroman invited me to be a judge at the three-day competition.  As a new wine writer hoping to bolster my reputation on the national stage, while having the opportunity to taste hundreds of wines, I readily accepted.

Bright and early the first day, all of the judges and support staff gathered for the chairman's greeting, instructions and panel assignments.  The late David Lake MW and I were the new judges that year. Probably because he was a Master of Wine, David was assigned to the Cabernet Sauvignon panel. Lake went on to make a name for himself as winemaker at Columbia Winery in Washington state.

Because I was an unknown from Colorado, Chroman sent me to the panel tasked with evaluating California brandy and Sherry.  The other three panelists were Phil Posson, an expert on fortified wines specializing in Sherry, another distiller of wine spirits whose name I forget and Daryl Corti, a Sacramento wine merchant with an encyclopedic memory who enjoyed putting new judges to the test.

The first morning, at 7:30 am, sharp, I was at my judging booth, ready to put my limited knowledge of California wine spirits to the test!  Our first assignment was 30 California Sherries, divided into three flights of 10 wines.  I stared at the daunting lineup, then dutifully tasted my way through the wine, made my notes and assigned awards, then joined the other judges at the conference table.

Only by applying learned tasting techniques and remembering to taste past the higher alcohol, was I able to keep pace with my fellow panelists, defending my opinions and awards, especially under Corti's withering cross examination on why I eliminated one wine and gave a gold medal to another wine.

Corti's panel went on to judge other wines and I became more at ease with my new assignments.  My performance as a rookie judge apparently impressed both Corti and Chroman enough to invite me back the following nine years. 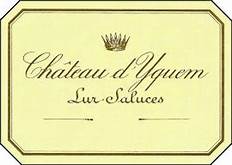 Chateau Y on Maui.  For most people working in the wine business or writing about wine, there are two dreaded encounters with the curious, usually when least expected: You get asked, "What's your favorite wine?"; and someone hands you a glass of wine and asks you to identify it.

I stopped counting the number of times I have been asked the first question, but there was one memorable evening when I was confronted with the second challenge.

During the Kapalua Bay Wine Symposium, held at the Kapalua hotel on Maui, my wife, Janet and I and a few friends dined at the hotel's specialty restaurant.

As the meal came to an end, Eric Hansen, Kapalua's late wine director and sommelier, came to the table and asked me to participate in a challenge.  Eric and I were friends, so I agreed not knowing what he had in mind.

Eric presented a bottle of wine sealed in a brown paper bag, cork removed and poured a glass for me.  "Can you guess what the wine is, he asked with a conspiratorial grin?"

While he was pouring the wine, I had a quick peak at the bottle still in the bag, then I took a good long sniff, followed by a few sips.  Placing the glass on the table and pausing for effect, I said, "Chateau Y, from Chateau d'Yquem."

My table mates looked at Eric, who stammered, "That's right, how did you guess so fast?"

I didn't divulge my secret that evening, but my guess was based partly on observation and knowledge and partly on luck.  Eric had removed the branded cork so that I didn't see the producer, but he forgot to completely hide the bottle, allowing me to see that it was clear and not green glass.  And, even though the bag partially hid the bottle shape, I could see it was a Bordeaux bottle.

The medium gold color of the wine narrowed the possibilities further, plus the first sniff said honeyed fruity Semillon, which was confirmed by my first sip of the wine.

So, clear glass Bordeaux bottle, characteristic Semillon aroma with a mineral note and a medium gold color.  Could be a Bordeaux blanc, but the wine was too dark and the smell and taste too rich, for Sauvignon Blanc with a touch of Semillon, so my guess was a dry Sauternes and the only widely available one at the time was Chateau Y, from Ch. d'Yquem, perhaps the best known Sauternes.

A final note on Sauternes.  Years before the Maui dinner, I had the good fortune to taste a Ch. d'Yquem from the 1920s at a wine auction in Denver.  Local press and wine writers were given 30 minutes to taste select wines before the auction began.

After tasting a few old Burgundies, which I don't remember, I headed directly to the Yquem.  I was in luck, as a small amount of medium-dark gold wine remained in the large-bowl glass.

The bouquet of this 50-year-old wine was incredible!  Deep, rich, honeyed exotic spice, pineapple upside down cake, ripe apricots and more.  A tiny sip was textured and complex with a long lingering finish.

I returned to the Yquem a few times and though the glass was long empty, the wine's bouquet was still strong and inviting.

Next Blog: The Appeal of Chilean Red Wines