Sauvignon Blanc is an important variety, widely planted in every major wine region, with the possible exception of Germany.  Chardonnay may be the most ubiquitous premium white wine grape in the world, but Sauvignon Blanc is a close second.

According to various reports on world grape plantings, Sauvignon Blanc was the 11th most planted wine grape in 2021, while Chardonnay was 7th.  The same year, the California Department of Food and Agriculture recorded there were 16,000 planted acres of Sauvignon Blanc in the state, compared to 90,000 for Chardonnay.  Sauvignon Blanc had come a long way, in the United States, since its humble beginnings.

Records suggest that Sauvignon Blanc had its origins, perhaps in the 18th century, in the Loire Valley of France.  By 1997, DNA studies showed that, along with Cabernet Franc, Sauvignon Blanc was a parent of Cabernet Sauvignon.  It was an aha! moment for many wine drinkers. 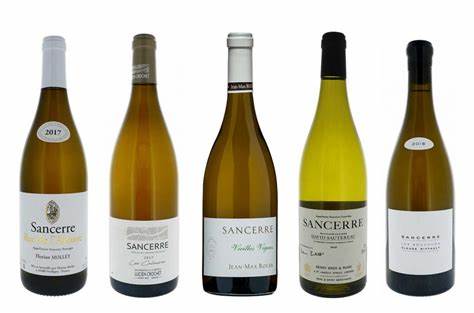 Why?  The herbaceousness found in Sauvignon Blanc was similar to the herbal flavors found in Cabernet Sauvignon.  Some tasters described the flinty character of Pouilly Fume as slightly herbal, while the same grassy notes were noted in Sancerre.  Early on, California Sauvignon Blancs were thought to be grassy and herbal, a style that gave way to one closer to New Zealand than Bordeaux. But  the occasional New Zealand "sauvy," famous for tropical fruit flavors, can also have an underlying herbal note.

Over the years, as the popularity of Sauvignon Blanc spread around the world, various styles developed based on local terroir.  What follows is a brief look at the most popular of these styles.

Upper Loire, to most wine fans, means Sancerre and Pouilly Fume. There is a difference between the two wines, with the fruitier Sancerre attracting more wine drinkers.

Across the river, near the small town of Pouilly-sur-Loire, the Sauvignons of Pouilly-Fume are earthier with a trace of flint, thought to be from a mineral called silex. Both wines have lively acidity, sometimes too much for some tastes, found more in Pouilly-Fume than Sancerre.

Here's the thing.  Despite the differences that some say they can detect, most tasters find it difficult to decide if the wine is a Pouilly Fume or a Sancerre.

An aside.  The story behind how Pouilly Fume got its name is based on a misunderstanding.  In the early morning hours, the mist that rises from the surface of the Loire river, reminds locals of smoke, slipping and swirling its way over the vineyards.  The French word for "smoke" is fume and somehow the popular meaning of the name became "smoke" instead of "mist."

Below, under the style of "California Sauvignon Blanc," you'll find a short tale of how one Napa vintner converted the name Pouilly-Fume into a marketing success story. 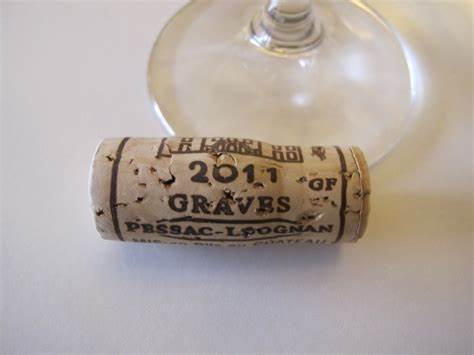 In 1987, a division was made in the Graves district that made a lot of sense to local vintners but created confusion in the wine world.  A section of Graves was carved out and called Pessac-Leognan, taking most of the well-known chateaux with it.

I have a hunch that Pessac and Leognan, two communes in the Graves, are not even familiar to the French wine drinker, so you can see why there might be confusion for the non-French. However, if you're looking for a Bordeaux-style Sauvignon today, it will likely be from Pessac-Leognon.

Bordeaux blanc is crisp and lively with a trace of minerals. Most have some oak. And it is that aging in oak that is mainly what separates Bordeaux blanc from Loire Sauvignon Blanc.

New  Zealand, usually means Marlborough, the renown region at the northern end of the South Island. Lesser known NZ "Sauvys" include those from Nelson, a western neighbor of Marlboro, Canterbury and Hawkes Bay on the North Island.

Before the advent of canopy management in New Zealand, the lush green coverage provided lots of herbaceousness. Once growers adopted canopy management, Sauvignon Blanc escaped the veggies in favor of juicy tropical fruit flavors, popularly described as passion fruit.  Today, although the export market for NZ Sauvignon Blanc has tapered off a little, consumers still buy the number-one wine from New Zealand.

An aside.  American wine drinkers know about NZ Sauvignon Blanc, but few are aware that the Kiwis were mainly responsible for the push to finish wine bottles with screw caps.  In 2001, a group of young winemakers, created The Screwcap Initiative, hoping to replace the traditional cork with a screw cap.  Today, close to 100% of all New Zealand wine, red and white, are sealed with a screw cap.

California Sauvignon Blanc was just another Sauvignon before Robert Mondavi renamed his wine Fume Blanc, an Americanized play on the Loire Pouilly Blanc Fume.  Not only did Mondavi sales take off, but the name change stimulated a new interest in California to make a white wine that would compete with Chardonnay.

Chardonnay held on to the number one spot, but California Sauvignon Blanc took off and today, it enjoys healthy sales as an interesting white wine in its own right.

Tank fermented is the method of choice for most Sauvignon Blanc made in California and Washington state, to preserve the fresh fruit flavors and crisp natural acidity.  Some California Sauvignons are barrel fermented and aged for short periods, resulting in what amounts to a "poor man's Chardonnay."

Nearly every region in California produces Sauvignon Blanc of one style or another. Central Coast regions of Monterey and Santa Ynez Valley and the cooler spots in Sonoma like the Russian River Valley, favor the grassy/herbal style. Ripe melon flavors define Sauvignons from the warmer parts of upper Napa Valley and Sonoma County.  Pick a style and you'll find it somewhere in California.

The main takeaway with Sauvignon Blanc is that there is a style for every wine fan. The variety's identity is herbal/grassy, but winemakers have learned to tame that character and coax out more fruit.  Whatever your preference, Sauvignon Blanc is a great casual wine, or enjoy it with light meals.