My Life in Wine

When I started this blog, a feature I thought might be of interest was a personal experience or remembrance that related to the topic of the blog. Readers said they enjoyed these vignettes and so they will continue. Additionally, every month, I'll be running a series of observations, experiences and remembrances of my life in wine. Here is the first episode. I hope you enjoy it.

My Life in Wine
Some winemakers and grape growers are born into their fields. Not so with wine writers. Most come to writing about wine through other professions like law, medicine, and journalism.

Whatever the path, for them, the transition is natural.  Lawyers, doctors and journalists who become wine writers, make the choice because of a love for wine and fine food. Their transition is from an avocation to a vocation.

But today, it's not a sure thing that the child of a winemaker or grape grower will enter the family business.  It's a problem felt throughout agriculture. 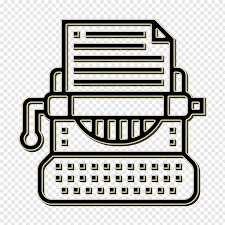 My move to wine writing in the early 1970s developed from an unexpected exposure to wine while serving with the U.S. Air Force in France and Germany.

Following many years of working at something I was only mildly interested in, I began to recognize my latent creativity.  I had always felt that doing something artistic and creative was important to me. I just didn't know how to develop and nurture that feeling. Looking back on those years, it's a wonder that I ever wandered into wine writing at all.

In the early 1950s, my mother and I Iived in Folsom, a small town southwest of Philadelphia and a long way from any winery. Our home was a former tavern that had been converted into two small apartments. Long before I knew of the Green Goose Tavern, it was a road side stop, across from a gas station.

When I was about 12 years old, my brother joined the Navy which meant that one of my jobs then was to tend an old creaky coal furnace and a "bucket-a-day" mini furnace used for heating water. The dark space beneath our apartment, where I dreaded to enter, was a cellar in every sense of the word, cold, damp and dark. In my neighborhood the space under your house was a cellar and I didn’t know that people had finished basements until years later, after I left home. Our cellar was mysterious, scary and forbidding, hardly the ideal place to store wine.


My earliest memory of wine in our house was probably a bottle of New York port, purchased at a Pennsylvania state store. Clara and Howard Ellis, our friendly neighbors, would often run errands for my mother, especially during the holidays.

One Christmas, when I was about 13 years old, Mrs. Ellis came by and told my mother she was going to buy a little "Christmas cheer" at the state store and did mom want a bottle or two? Mom nodded her head yes and then Mrs. Ellis turned to me and said, "Jerry, would you like to come with me?" The unexpected invitation presented a rare opportunity for me to have a new adventure, so I pleaded with my mother until she finally said yes.

In those days, Pennsylvania state stores were the only source, outside of licensed bars, taverns and restaurants, for alcohol of any kind.  Except for the official colors of blue with gold trim, state stores were, by design, plain and very staid.  A pair of identical, completely empty display windows framed the single door into the shop, with a prominent keystone-shaped sign (Pennsylvania is the Keystone State) over the door frame.

As a minor, I wasn’t allowed inside the store, but that didn't stop me from checking out the interior through the long window in the front door. There was a plain counter that ran from one side wall to the other, with a hinged section that opened for access behind the counter and to the rear of the shop. The counters were bare except for a push-key and crank cash register.  Behind the counter, flanked by two sets of empty shelves, was a curtained doorway.

When the door opened, a little bell at the top of the door frame jingled softly. Immediately, a man appeared from behind the curtained doorway, as if he were waiting for the bell. Without saying a word, the clerk reached down below the cash register and brought up a loose-leaf binder, placing it on the counter.

Mrs. Ellis silently leafed through the pages, pointing to the spirits she wanted, including a bottle of port for my mother, then closed the binder. The clerk placed it back under the cash register, turned on his heels and disappeared behind the curtain. Mrs, Ellis stood there for a moment then turned to look at me through the door window, smiling reassuringly.

In a few minutes the stone-face clerk reappeared with the three bottles in brown paper bags. He rang up the purchase, Mrs. Ellis gave him the money, slipping the change into her worn black purse, then stepped out through the door to where I was waiting - no sales talk, no marketing - just a wordless transaction.

Side Note: Hindsight is wonderful, but it may not always be as accurate as we remember it. My memory of visiting a state store is now seventy years old and a little ragged around the edges. All these years later, though, it seems odd that I had developed a passion for wine and that a single experience in France, a life-changing epiphany, would change my life. More about my epiphany in the next episode.


The Folly of Regulated Alcohol Sales
Such was the highly regulated state of alcohol sales in Pennsylvania in the late 1940s, and that legacy in a less restricted form remains today with 18 states, including Pennsylvania, maintaining a near monopoly on the sales of wine and spirits through state-owned and operated stores. The other 32 states exercise less state control over sales of alcohol, with some states allowing sales of  beverages containing alcohol in privately-owned stores and in stores that sell food, such as super markets.

Even with the bureaucratic nonsense in Pennsylvania, my mother still got her bottle of Christmas port, but it took some effort and patience.


Thinking back on those days, I reckon the port my mother sipped after dinner or when she came home from work was probably made by one of the big Finger Lakes wineries like  Taylor, Gold Seal and Great Western. Then, the base wines for New York ports and sherries were made from native grapes like Catawba, Concord and Delaware, fortified with grape spirits and racked into barrels that were, in some cases, stacked on the roofs of the winery buildings, exposing the wine to the elements throughout the year. This weathering method of aging gave the wines a rustic character, a far cry from Portuguese Port or Spanish Sherry.

In the years following the repeal of Prohibition, the country was dealing with residual effects. U.S. wineries used every marketing advantage they could, including the use of European terms and place names like Sherry, Port, Champagne and Rhine to sell their wines. Unlike France, Italy and Spain, America never had a wine culture, but Americans suffered from narrow-mindedness, much of it driven by religious orthodoxy, about how the consumption of beverages containing alcohol would lead the country to ruin.

Of course, the restrictions of Prohibition caused problems much worse like rum running, illegal and often poisonous hooch, not to mention the huge losses in taxes because legal  wine companies, breweries and distillers were forced to close their doors, while the illegal racketeers reaped non-taxed profits.

A wonderful example of how ludicrous the restrictions controlling the production and sales of wine, as spelled out under the Volstead Act, were, not to mention the ingenuity of the American entrepreneur, was a ingenious product called the "Wine Brick." It was illegal during Prohibition to make any beverage with alcohol for commercial sale. But that prohibition only encouraged an enterprising person to sell a block of dried pressed grape concentrate and a packet of yeast, with a label on the wrapping with this warning: "After dissolving the brick and yeast in a gallon of water, do not place the liquid in a jug away in the cupboard for twenty days, because then it would turn into wine."


My next experience with alcohol happened while I was a senior in high school. Wine was not part of my early years, but beer, or at least the thought of beer, was on my teenage mind.

My friends, Sonny and Billy and I had heard rumors of a tavern where you could sneak in, slide up on a bar stool at the dark end of the bar and ask for a glass of draft beer in a voice you thought was mature and adult but probably quaked with fear.  It was a gamble, but the lure of the forbidden eventually won out.


So, we headed for the tavern, then nervously paced back and forth in the shadows outside, hoping nobody we knew would see us, which was a crazy thought because why would anyone we knew go so far from our neighborhood for a drink when there were plenty of bars near home.

At last, we mustered the courage to enter the tavern and strolled to the bar like we came there every night for a cold one and a hard-boiled egg.  A couple of old guys who seemed attached to their bar stools turned to see who just came in, gave us a long stare and a tight smirk, then turned back to their drinks and casual conversation.  We found three empty stools at the end of the bar and ordered three glasses of beer.

Billy noticed the bartender grab a hard cooked egg from a glass bowl on the bar and slam the large end of the egg on the bar top so the egg stood upright.  We huddled and decided that this was what men did in bars, so we ordered three eggs with our beers. The bartender slid the juice-size glasses down the bar then sauntered down to us with three white eggs clutched in his massive fist. Without looking at us or breaking the conversation he was having with the man sitting closest to us, the bartender whacked the eggs down and walked away.


One glass of beer and a hard cooked egg was enough for us. The experience was nerve-racking! And I was so nervous, I don’t remember us paying.

Time has a way of distorting memory, so the events of that evening may not have been exactly as I remember them, but that night in a tavern is indelibly etched on my memory.


The second episode of "My Life in Wine: Europe and My Wine Epiphany" will appear in this space May 4, 2020. Future episodes will be published once a month.

Next Blog: The Germanic Wines of French Alsace

Comments?  Suggestions?  Email me at boydvino707@gmail.com