Opinions are like noses, everyone has one. And when applied to wine and how to taste it, opinions are plentiful and different. Self-appointed wine experts will tell you that you are entitled to any opinion about a wine you like, so long as it’s theirs. Well, we'll have none of that here.

Then, some people say that all the talk about wine is pretentious and smacks of elitism. Maybe, but people are naturally curious and when they discover something that interests them, they want to learn all there is to know about it. It's like the difference between eating and dining; the former is an opportunity to fuel up while the latter opens up an appreciation for the food, how it was prepared and if the food becomes a natural companion to the wine.

To understand the symbiosis of how food and wine work together, you first need to know how to critically taste the wine. So, here are a few simple steps on tasting wine with the understanding that no two people taste wine the same; one person’s opinion of a wine is no more accurate or better than another person’s. The difference between a professional and an amateur wine taster is experience and knowledge. 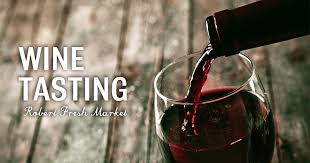 To keep it simple, then, divide this approach to wine tasting into three steps: Sight, Smell and Sip. Okay, we’ll add a fourth: Pleasure. Hopefully, pleasure is what we’re aiming for when tasting and drinking wine.


SIGHT
One of the real pleasures of wine tasting (and drinking) is looking at the wine in a crystal wine glass.  Choose a clear stemmed glass with an 8-10 ounce bowl that tapers in at the top.  Why the taper in a minute.

Pale straw, golden yellow, light ruby, deep garnet, are all colors of white and red wines in various stages of development. The presence of oxidation, where too much air has gotten into the wine, turns these colors brown; think of a slice of apple left on a plate.  California chardonnay usually has a medium to deep golden color, while Cabernet Sauvignon shows deep ruby to opaque garnet.

Today’s wines have a brilliant appearance with no haze or small suspended particles. Thanks to modern refrigeration, stabilization has eliminated tartrate crystals that stick to the bottoms of corks or collect at the bottom of a bottle of young white wine. In the past, the presence of tartrate crystals would freak out consumers who thought they were ground glass, so to allay this fear, winemakers called the crystals “wine diamonds.”

Beyond the clarity of a wine, the thing to look for is color correctness. White wines, of course, are not white, but various shades of yellow, from pale straw to deep golden. But as I mentioned earlier, a white wine with hints of browning should be suspect. Oxidation or browning in red wine is harder to see, so for a good look at the color of a red wine, hold the glass by the stem and carefully tilt it away from you while checking the edge of the wine as it moves up the interior surface of the glass. A thin line of nearly colorless wine should give way to light pink or red, then a deeper ruby or garnet color.

Checking color correctness is also a good way to assess the health of an aged red wine that may have been subject to some oxidation. After checking the color, in preparation for smelling the wine, swirl the wine gently holding the glass by the stem and scribe tight arcs in the air. It takes practice, so if you’re not comfortable with the free-form swirling technique, place the glass on a table top and swirl. 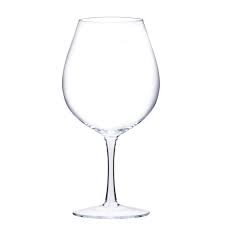 Smelling is the most important step of the three because by putting your nose in the glass and taking a good sniff, you can tell just about everything you need to know about the wine. A tapered glass helps concentrate the aromatics. While smelling is primary, tasting will confirm what you smell. Sounds a little wonky, but it’s true. An old bar trick required a blindfolded person to hold his or her nose, then sip a glass of Coca-Cola, a glass of Pepsi-Cola and a glass of 7-Up then identify which is which. Our mind gets confused when we can’t see or smell what we are tasting.

Winemakers and wine professionals use a special vocabulary to describe what they smell and taste in a wine. You can consult a glossary of wine terms in any number of wine books, but for the wine consumer what is important is to use personal terms that you understand, then store them in your wine memory for future use. Common scents such as honey, sweet spice and cedar are recognized by most people. But try not to use esoteric terms that are difficult to put in words. For example, banana and licorice are readily recognized by most people, but coming up with words to describe these foods is difficult if not impossible. Try it. Describe the smell and taste of a banana, without saying that it smells and tastes like a banana.

The sense of smell is powerful and long-lasting. A specific scent we experienced long ago may be stored in our memory only to be brought back with a bang years later when smelling the same scent again in a different setting. When I was a boy my mother used to cook using animal lard that has a distinctive smell almost unknown today. Years later, my wife and I were in Budapest and the moment we entered a restaurant for dinner, that evocative smell immediately took me back in time. At first, I couldn’t put my finger on it, but then it came to me that the kitchen was using lard.

The stimulus of scent is a powerful tool in wine tasting. So, smell the wine, applying words to the smells, then store them in your wine memory. Which brings me to the remembrance of a unique win e experience a few years back...

It's not always what you think. Some wines can play tricks on you, especially when you're familiar with a particular style. On a trip to Australia some years back, I was tripped up by a Hunter Valley Semillon and an Australian wine legend who lured me into his trap.
The legend was Len Evans and the place was Rothbury Estate, then owned by Evans. After a tour of the winery, Evans led me on to the winery floor. I thought we were going to try a few tank samples, but instead he turned to me with a sly grin that said, without his saying, "I've got you now mate!"
On a table were four white wines, two a medium amber color and two just past medium amber. I immediately suspected oxidation...but I didn't want to get ahead of myself, and besides Evans was sitting there grinning, waiting for me to say something learned about the wines.
Instead, I decided my best tactic was to smell the four wines first, then taste them. They all smelled like rip figs with an underlying scent of what I described as candle wax. To me, that could only mean one wine - Semillon. Still, I wasn't 100% sure. "Were they blended with a little Sauvignon Blanc, or were the wines all 100% Semillon," asked myself.
I look at Evans but he hadn't changed his expression.
Then, another possibility occurred to me. "What if they were oak-aged, because of the amber color and slight oxidation?" So, with nothing to lose but my pride as a wine taster, I gave my decision.

"They are all oak-aged Semillons."

A faint smugness crossed Evans' face as he said, "You're half right. The wines are all Semillons (he pronounced it Sem-a-lon), but they have never seen oak. It's the unique character of unoaked Hunter Valley Semillon to mature like an oak aged wine.")

It was a nice trick and one I discovered later that Len Evans was fond of springing on unsuspecting visitors. Len Evans passed away in 2006 and with him all wine lovers lost a unique wine educator.

Australian Semillon aside, let's get back to the three steps to wine tasting.

After smelling a wine for that first indication of a wine’s health, age, quality and correctness, it’s time to taste. Holding the glass by the stem, swirl the wine again and take a good strong sniff, then a small sip. Roll the wine around in your mouth so that it comes in contact with all of your taste buds, especially the sides of the tongue where detection of acidity is most acute. The idea is to gauge the wine’s acidity, sweetness (if any) and level of tannin. On average, there are between 2,000 and 8,000 taste buds on the tongue. The once-popular “Tongue Map” held that sour or acid was detected on the sides of the tongue behind salt, with sweetness on the tip and bitter (tannin) at the far back of the tongue. The belief now is that we taste all components everywhere on the tongue.

The ideal wine will present all of these components in perfect balance, with nothing sticking out. But the perfect wine is rare, so look for things that affect the wine's balance, like excessive drying, even bitter tannin, sharp acidity that overrides the fruit and too much sweetness for the wine type, such as can sometimes be found in Cabernet Sauvignon.

Finally, apply these few tips as a general guide, while keeping in mind that wine is meant to be enjoyed in a social setting and not over analyzed, especially at the dinner table. A technical tasting is not meant to impress friends and family, especially in a restaurant or other public place.